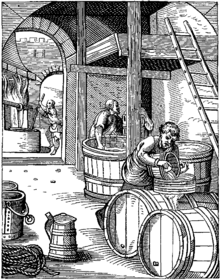 The carbon enters the pathway at the beginning of the process of respiration, but then gets diverted for biosynthesis. The important point here is that neither respiration nor oxygen is required for energy production and yeast budding. The cell membrane is the structure that controls what flows into and out of the cell. If these membranes lack sufficient sterols, the yeast cells become weak, leaving the cells susceptible to a variety of problems.

Weakened cells can become intolerant of alcohol, and the alcohol can kill them. Weakened cells can also result in stuck fermentations and numerous off-flavors. If the membranes contain sufficient levels of sterols, however, the cells are much stronger, more cells will thrive to finish the fermentation, and the yeast may complete the fermentation significantly faster. The real requirement for oxygen, then, is to help produce fatty acids and sterols, which are very important components of the cell membrane.

The reason wort aeration or oxygenation with pure oxygen is considered so important to brewery fermentations is that yeast can synthesize the lipids needed for membrane biosynthesis only when dissolved oxygen is available. If yeast had an independent source of these important lipids, however, the so-called requirement for oxygen could theoretically be eliminated completely.

Alternatives to sterol synthesis: Another way to provide lipids is to introduce into the starter a yeast nutrient that contains dead yeast, and thus lipids not all yeast nutrients contain these. This greasy, sludge-like matter forms in the wort upon boiling and cooling and eventually sinks to the bottom of the vessel.

Although nearly all brewers agree that the hot break produced after boiling can produce off-flavors if it is not removed from the wort, there is still a good deal of discussion over whether leaving cold trub in the fermentor can help fermentation there is some speculation that the trub also provides nucleation sites that control CO 2 toxicity and whether trub is detrimental to beer flavor.

Many brewers have successfully made decent beer without aerating their worts , but those who do aerate generally observe more rapid and possibly even more complete fermentations. As I mentioned at the beginning of this article, knowing more about what goes on in the fermentor can help you make better beer. Now that we know what yeast do with oxygen, we are in a much better position to decide how much the wort needs and when to add it.

Strength in numbers: Though leaving some cold break in the fermentor may boost your fermentation, the most common remedies for slow or stuck fermentations and many other problems in the brewhouse are wort aeration before or after pitching time and increased pitching rates. I do not believe that brewers necessarily need to aerate their worts at all if the pitching yeast comes from a fresh starter culture that itself has been well-aerated during growth and stepped up to produce a sufficient number of healthy cells, or if a large culture is repitched from a very recent aerated batch.

Wort aeration is clearly beneficial, however, if you are unable to obtain the optimal pitching rate about 1 million active cells per mL per degree Plato, or about 5 to 10 million active cells per mL for typical worts — and many brewers cannot. Thus, wort aeration can often make the difference between a good beer and a great beer. It is important to note, however, that it is possible to overaerate and, when using pure oxygen gas , even easier to overoxygenate.

In particular, overaeration can produce certain secondary compounds, such as vicinal diketones VDKs, of which diacetyl is one , oxo-acids, fusel alcohols, and their derivative esters. For this reason, it is probably best to be familiar with your yeast, to know when aeration is necessary, and to aerate the wort only to saturation about 8 ppm of oxygen for most worts upon pitching and then to stop. Keep in mind also that oxygen is beneficial even at levels well below saturation, so aerating even a little will actually help a lot. Aeration needs may be style-specific: In certain styles of beer in which metabolic byproducts of yeast growth such as VDKs, oxo-acids, fusel alcohols, and their derivative esters are undesirable, it is even preferable not to aerate the cold wort.

Avoiding aeration may be particularly desirable when fermenting high-gravity worts that will naturally result in the formation of more esters. Strong Scotch ale is one example of a beer that usually has a high original gravity and a very clean finished beer, that is, free from fusels, esters, and VDKs. Dissolved oxygen is also known to produce the nonenzymatic production of diacetyl by oxidation of alpha-acetolactate. By pitching a larger starter culture ideally, at the optimal rate , keeping the initial fermentation temperature relatively low, and minimizing or even eliminating the wort aeration step, a brewer can avoid extensive yeast growth during fermentation and the excretion of the secondary compounds that naturally accompany reproductive activity.

Having said all this, however, it is rare for a home brewer to obtain the optimal pitching rate, and aeration is therefore generally the rule, particularly if the brewer wishes to obtain reasonable attenuation of a very heavy wort. In the case of strong ales such as barleywines , for example, esters are generally seen as desirable, as is a very high concentration of ethanol.

Because high attenuation is the main goal with this style and esters are not really a problem, the combination of a high pitching rate and wort aeration is likely to produce the best results. Because commercial breweries recycle their yeast by repitching rather than using starter cultures, they also generally find it most convenient to aerate the cold bitter wort. Wort aeration increases the rate and extent of yeast growth and hence decreases lag time and results in a larger population of cells.

This in turn generally leads to more complete attenuation and fewer undesirable flavors in the finished beer. Browse our selection of equipment for wort aearation! So, the bottom line is that yeast does not generally respire, and it does not even need oxygen at all to survive and grow. Yeast does, however, need lipids to build cell membranes and in their absence will readily consume oxygen for their synthesis.

Most important, the level of dissolved oxygen necessary in wort to produce the best beer depends on the strain of yeast being used, its viability, the pitching rate, and the style of beer being made. All contents copyright by MoreFlavor Inc. All rights reserved. No part of this document or the related files may be reproduced or transmitted in any form, by any means electronic, photocopying, recording, or otherwise without the prior written permission of the publisher.

New Items. Fermentation is perhaps the most interesting and exciting part of brewing beer. There is something fascinating about watching yeast in action, and being close to the process contributes immensely to my enjoyment of my beer. No matter how well we do our part in preparing bitter wort for fermentation, it is the yeast that turns it into beer.

For this reason alone, it is important to understand and appreciate what these microorganisms are really doing inside our fermentors. Most of the popular brewing literature, however, fosters a misconception about yeast and fermentation. This articles sets the record straight. It is true that aerating or oxygenating wort is generally beneficial to fermentation, but it is untrue to say that yeast requires oxygen to reproduce or that yeast uses oxygen to respire during fermentation.

Sign up to receive exclusive deals, tips and tricks, special coupons and much more Sign Up. MoreWine Pro! Most of the popular brewing literature, however, fosters a misconception about yeast and fermentation. This articles sets the record straight. It is true that aerating or oxygenating wort is generally beneficial to fermentation, but it is untrue to say that yeast requires oxygen to reproduce or that yeast uses oxygen to respire during fermentation.

How To Brew Your First Beer

Oxygen's Role in the Fermentation of Beer

Whatever the reasons, the literature tends to paint a distorted picture of reality, and many brewers have come away from reading these books with some serious misconceptions about yeast biology and brewery fermentation. What follows will by necessity get a bit technical, but that is the nature of biochemistry.

I believe that the more you know about what is going on in your fermentor , the more it can help you to make better beer, so try to bite the bullet and slog through the details. The rewards of understanding will be great. All living things on earth incorporate carbon as a structural element, and all living things require a source of energy to function and remain alive.


Metabolism: Biochemists use the term metabolism to describe the entire set of chemical reactions that organic molecules undergo in living cells. During catabolism, the chemical bonds of an organic molecule glucose, for example are broken, and the cells capture some of the energy stored in these bonds. The cells store this energy for use in the anabolic reactions that are responsible for growth and development. The compound that serves as the main storehouse of this cellular energy is called ATP adenosine triphosphate.

Much of the energy released through catabolism is captured by ATP and stored in its high-energy phosphate bonds, to be used when ATP participates in anabolic reactions. Yeast synthesizes ATP through two major biochemical pathways: respiration and fermentation. The breakdown of glucose also releases carbon atoms, which become available for biosynthetic reactions, enabling the yeast to grow and reproduce by budding.

The rest of the carbon ends up in the by-products of these reactions, such as carbon dioxide, ethanol, and other more minor compounds.

Other fermentable sugars, such as maltose, are first converted to glucose before entering these metabolic pathways fructose, however, may enter the glycolytic pathway directly. Respiration: To most people, respiration means simply the consumption of oxygen breathing , but to biochemists it means something very different. 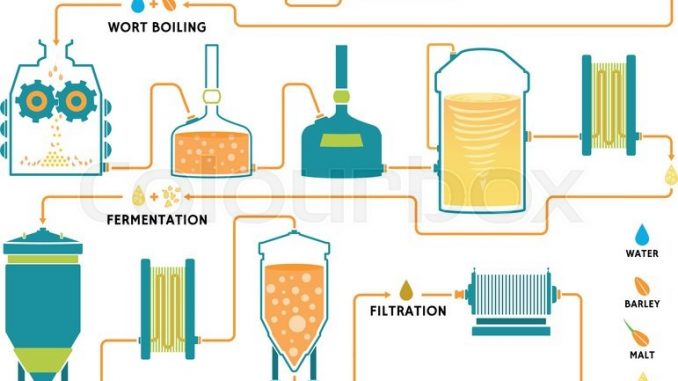